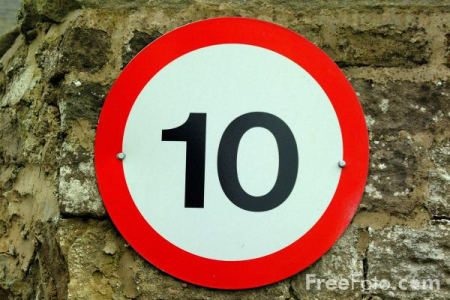 And the build phase is done! The first phase is out of the way, bring it on!

It’s actually been a bit of a funny week for training. I fancied something a bit different in place of my Tuesday run, so I swapped it for the work game of football. I’ve not played for ages, so I was pretty useless – I missed a lot of autumn because the hard surface annoys my back and I’ve not risked it again since I started training. Still, it made a nice change from the run to work.

My brick sessions on Wednesday are building up nicely, this week it was 45mins on the bike followed by a 30 minute run. This is a pretty big session to fit in before work, so I did a rare evening session. Thursday was by far, the most fun day of the training so far. My friend is in a bike racing team (cool) and they had hired out the velodrome for a couple of hours. They had a spare spot so I got a place. We managed to miss the introduction talk and in our rush to get up there I managed to go flying on the slippy concrete and fall over. Not a great start! So my intro to track cycling was pretty much ‘push off from the rail, and then ride fast’. Which I tried. The bikes are all fixed wheel with no brakes (which i’ve never ridden before) it takes a little getting used to, but very soon you are flying around like you are the next Chris Hoy. Those banks are steep and you have to ride what feels freakishly close to the person in front, if you have never been I would HUGELY recommend it. My bike fitness is not as bad as I thought as I managed to keep up with the fast group although my legs did have a pretty satisfying burn sensation towards the end! 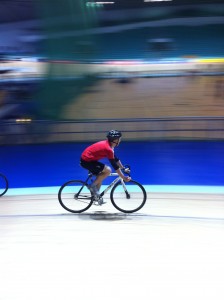 The more observant will have noticed that Thursday was valentines day and my wife gave up a romantic night out to cook me a quick athlete appropriate meal and then came along to watch us and take pictures. This is just one more thing on an ever increasing list of things I need to make up to Philippa after this is done, and one more thing on the list of why I think she’s so ace.

On Thursday whilst looking for some advice on whether one swim a week was enough for IM training (it’s probably not, but currently i’m not that concerned about my swimming, my technique has improved massively since I started the masters sessions) and I stumbled across two sites that talked about common Ironman training mistakes. The number one was overtraining. I’ll probably talk about this more later, but having read a bit more I decided to swap Fridays run session for three hours of wheelbarrowing compost at the allotment. Judging by how tired we were after, this was a pretty fair swap. I also traded the swim session on Sunday afternoon for a walk in the countryside and a pub stop. This isnt going to happen a lot, so I don’t feel guilty about it (too much). 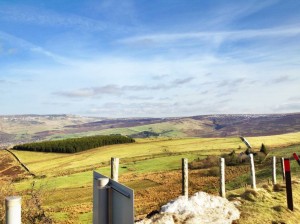 Had an accidentally epic ride on Saturday – I picked a very hilly route from ridewithgps.com, but I didn’t really appreciate how hilly until I had to get off and push on a few ascents. It was pretty tough going and my 3hr ride turned into a 4.5hr ride. I also woke up with sore thumbs on Sunday, which I think was down to having to squeeze the brakes pretty hard for half of the route. I was rewarded with some really stunning views, one of the unexpected bonuses of the training lark is getting to appreciate some really lovely scenery whilst out on the bike. 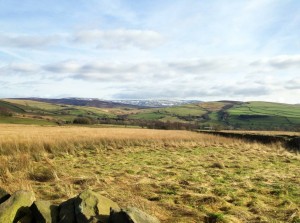 As usual, the gory details of what I did are here.