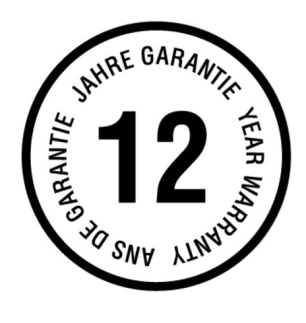 Argh I skipped a week of blogging, and not seeing the posts line up neatly on my site is bothering me! Anyway, putting my mild OCD aside for a minute it’s been quite a couple of weeks.

One of the things that concerned me when I started this was getting poorly more frequently. I pretty much had two bad colds last year and they corresponded with messing up my marathon training each time. One just before London ruined my race (along with some stupid mistakes), and one during Liverpool training meant I didn’t run for two weeks, and that meant I said goodbye to that marathon. Anyway at the end week 11 I got my first cold and it’s been bugging me a bit ever since. Last Sunday I missed my first weekend session, I don’t find training when you are poorly a particularly clever thing to do. Feeling tons better now, but getting through last week was a little difficult because of the cold and a couple of other things….

For some reason, 2013 is my year of trying things, firstly the Ironman and now, well now i’m in a band which seems to be playing gigs (so they are gigs we’ve had to organise just so we can get gigs, but anyway…). Total early mid-life crisis (like the Ironman too) I know. We played our first open mic night on Friday which was loads of fun, but meant I only got into bed at 1.30, and because we had plans on Saturday morning I had to set my alarm for 6am. Ouch. I was rewarded for this act of stupidity with a stunning bike ride, which took in a beautiful frosty morning, to riding through the sunrise, to finding myself in the middle of Derbyshire by 8am. The route is above, I’ve done it before and its definitely one of my favourites. Loved it. I especially loved the massive cooked breakfast that Tom and Nic served up afterwards!

Sadly Sundays run was much harder. We went to a birthday party on Saturday night which was loads of fun and involved quite a few beers. I had to get the training done before an allotment meeting so the alarm was set early again. There is only so much lack of sleep, too many beers and late nights you can take and my legs moaned at me the whole way round. It was only an hour but felt twice that long. I stopped after 20 minutes and almost gave up it was that bad. Lesson learned – be sensible with sleep and beer. Despite being knackered I managed a 4.1km swim in the evening which my shoulders are still good and sore from.

The graph below shows what happened to my training. Week 12 was a drop week and should be lower, week 11 was not.

As usual the actual details are here. Let me know what you think!

Ps, I’m trying a few new things on the blog, from the route map to the latest activities from Garmin Connect (on the right if you’re using the desktop version. What? You didn’t know there was a non-mobile version?!)