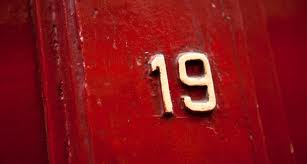 I’m writing this while absolutely knackered, but it’s been such a fun weekend of training. The plan I’m following seems to have a real knack for making me feel like I cannot do any more right at the point I hit my rest day.

Why has it been fun? Well I had a lovely ride out on Saturday morning through the peak district. I decided to push a little further than the plan suggested and went on a 4 and a half hour bike ride. I also decided it was time to hit the hills again which is pretty much my favourite, despite the fact I get pretty frightened on the descents and the ascents are leg burning. As I write that, neither of those sound fun but for some reason I love them! My favourite ascents are the long, less steep ones and my least favourite are the super steep ones, handily this ride had both, including one I had to get off and walk up last time. On Saturday there was no stopping me!

I was supposed to go on a 45 minute run after but my legs were burning so I decided not to push it. I’m following the ‘competitive’ plan in the book I got, but in reality with the missed sessions it’s really more like the intermediate plan. I’m really ok with that. For my first (or last) ironman it would be rude to try and win the thing 😉

On Sunday I got up to watch the start of the London Marathon. I’ve mentioned it before but last year was a bit of a shocker for me and I’ve beaten myself up over it since. Sunday was really the first day since that I just got really excited about it. It’s a ridiculous race, the crowd is something else. One of my friends told me on Friday that she signed up at least partly because of me banging on about how amazing the support was, so I spent a lot of Sunday checking how she, and a few others runners I knew, were doing (more on that later).

A little inspired by that, I pushed my planned run a little longer and went for a half marathon distance. Despite the fact my legs were, shall we say, a little tender from the ride the day before, I got round in a pretty relaxed 1:46 and really enjoyed it. It was a nice day, in fact I think it might have been my first run minus a base layer-to me that equals one thing – less washing!

I finally figured out how to do a graph with pace, so I cross referenced it with my weekly running miles (this is my total miles against my average pace for all runs):

Several things collided to make me sign up for this event-one of my friends signing up, reading a couple of books, one of my colleagues (the Iron Colleague!) doing a few of them. The first book I read about it was by Chrissie Wellington. Actually it didn’t so much inspire me at the time, some of her accounts are pretty graphic but over time it started to get to me. I only mention this because the aforementioned friend, Viv, managed to bump into Chrissie at the VLM expo resulting in one of my favourite pictures ever (Viv playing it cool, Chrissie being over-excited): 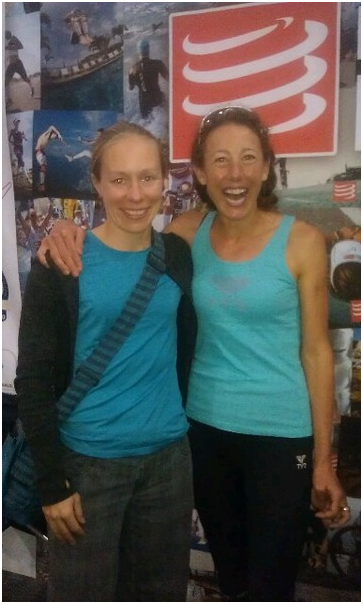 Not only that but I think Viv managed to tell her that her book had got at least two of her friends into these ridiculous Ironman events (although Viv herself has had a large part in that too). If you follow me on Twitter I got a bit excited tracking Viv round the course on Sunday morning. It really was the first time my memories of the day shifted from ‘urgh what a let-down I was’ to ‘wow, I did this last year and it was amazing’. The only slight issue was the number of times Pilla had to say ‘don’t cry Neil, don’t cry’. I get pretty emotional with sports now for some reason, god knows what I’ll be like in July. Viv absolutely smashed it with a 3:01, but I really wanted to hear that she’d enjoyed it so when I got a text saying she thought it was amazing it was honestly like a weight I’ve had for 12 months was lifted. As crazy as it sounds, I was on a bigger high yesterday than when I did it!

This must have followed through into my swimming because for some reason on Sunday night everything clicked into place. I felt really strong swimming, to the point where I had to keep moving up in my lane. We did a set near the end that went:

By the time we got to the 100m I was at the front of the group, hitting the times and winning my races. I get pretty competitive so loved this approach! I’m not sure if it was the extra lesson, the video, doing some extra sessions but whatever it is, I’m definitely faster and I feel a lot better in the water. Bring on July!

This post is dedicated to the number of titles Man Utd have currently won as I write it. Next weeks will be dedicated to the same! This is my training this week. As usual, the other details are here.