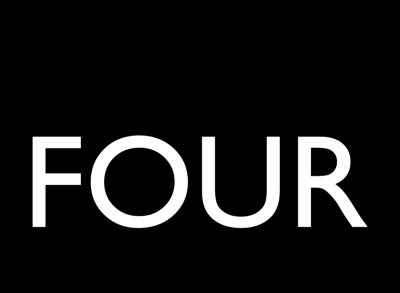 Week 4 is officially over! Done! I have survived the Christmas and new year period. High 5! This week was a little shorter than last week, as every 4th week is from now on. I’m still feeling pretty good – it probably isn’t pushing it to say this feels like the fittest i’ve ever been, which after four weeks of training is not bad.

Two swim sessions done this week, mostly did drills, definitely improving. I’ve been trying pretty hard to work on rotation, breathing and being level. All of these are pretty closely tied together, and all pretty important (although the more I learn about swimming, the more *everything* seems important). I think I hurt my shoulder two weeks ago from only breathing on one side, I think this puts extra pressure on the joint and aggravates it (as I was thinking about this during swimming, I think the arm ahead whilst I turn to breath pushes down to lift my head. This hurts my shoulder, plus lifting my head like this causes my legs to sink. Very bad for streamlining. The more I rotate, the less I have to lift my head, which helps solve both issues). I’ve been deliberately breathing every 3 strokes which flips my breathing from right to left. I can do it pretty consistently as long as I stay relaxed when swimming and so far my shoulder has been fine whilst doing it.

My swim sessions are still shorter than the training plan, but the masters swim sessions start again next Sunday and they push me very hard so I’m not unduly alarmed about swimming short at this point.

In cycling news, Tom told me about some indoor training videos called ‘The Sufferfest’ (here) last weekend so I thought I give it a try for my brick session (a cycle and run together). Verdict: Brutal. I loved it. It’s got great music, it pushes you pretty hard and makes you smile and shake your head at the same time (actually now i’m typing it, it a bit reminds me of the Hellrunner event, which I love).  It also makes indoor training, which I find a little dull, go by very very quickly. It had other advantages (giving a new life to Pilla’s music stand – as an iPad holder) and disadvantages (my flat is overlook by some offices, and god knows what they thought watching some idiot, indoors on a bike, watching videos with an ipad on a music stand).

I felt pretty good on my long ride this weekend, straight from the flat I got out to Dunham Massey which is pretty rural and felt like i’d travelled miles. I did about 27.5 miles in 1hr40, so quite pleased with a 16mph average speed. I feel tons better on the bike already.

So bring on Week 5. And 6 months tomorrow? That’ll be the Outlaw triathlon.

The actual details of what I did, and what I have done in total are here.