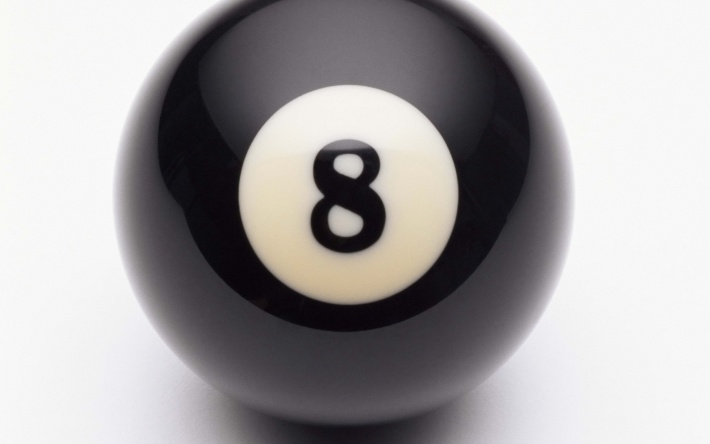 So someone on Twitter this week pointed out that everyone who does triathlons bases all of their blogs on graphs, so something different this week. An actual real blog!

When I was growing up my dad was into running. At the time I didn’t know anything about times or pbs, I just knew he ran quite a lot and at some point he ran the marathon in London. A year or two later he did it again. I remember looking at those medals in our cabinet and knowing they were something special. A marathon. No one else’s dads could run them but mine could. When he ran them we watched on the tv and looked out for him.  If you base your knowledge of marathons around sponsors these were the ADT years. The atmosphere, the start, the cobbles near the Tower of London. It was pretty compulsory viewing in our house and I loved it. I knew nothing about times obviously but I knew he was happy with them. Much later when I got into running I found out those times – 1st marathon 3:45, 2nd marathon 3:24. Not only did he run marathons he ran them bloody quickly it turns out.

Now, this is a problem for me. Why? Well whisper it quietly but I’m pretty competitive. Once you hear a family record time, it’s only right you want to beat it isn’t it?

Years later before I started running really, a couple of my colleagues decided to enter the London Marathon, which at the time I thought was madness. Neither of them were into running, neither had done it before. I followed them through their training and was impressed by the dedication and when they came back and told us their stories; the crowds, the experience, the pain and the joy of having that medal, well who wouldn’t want to do it? I entered the next day.

Still inspired I entered the Paris marathon. I made up my training as I went along but as I signed up with a couple of colleagues I pushed myself quite hard. I really really really wanted a sub 4 marathon. Well, Paris was a wonderful, sort of a perfect day for running as I remember it. Everything went well, the weather was perfect the scenery great and the running good and fast. As it was my first I didn’t know it would hurt and I happily pushed myself. When it got bad I had wine at an aid station. Yeah, wine. I thought I’m 22 miles into a marathon, it hurts. Why the hell not. I walked for about 20m and it hurt so I went back to running which still hurt but at least it would be over quicker. And then as I turned the corner onto the home straight I knew I had done it, the clock was under 4 hours, in fact I finished in 3:57:16. I had put my mind to something and hit a goal on some made up training. Imagine what I could do if I really trained, my times will plummet surely? That’s what I thought anyway. The next year, I entered London.

I signed up to Edinburgh and moved my training up a notch from Paris. Ran hard, ran more. Edinburgh is a flat course and I was going to go for it. Until a couple of days before the start I saw the forecast, and it was set to be a scorcher. 25C at the start line. We arrived the day before and it was boiling. Edinburgh in May, how can it be so freaking hot? It was a hard race, I went off fine, but at 20 miles it all got too much, I walked a lot and came in at 4:14. Bah. I entered London again for the next year.

And then, in October 2011 I finally, FINALLY, I got my acceptance magazine. I’d be running in London in 2012, the Olympic year and it was going to be awesome. I’d let my running slip quite a lot by then so I resolved to run hard from October to April. And I did. Every weekend. I targeted a new Pb at half marathon distance in Jan and I got it. I got a tough training plan and I followed it. I ran lots of miles, I looked after myself. I did five 20+ mile runs and felt good in all of them. I ran way faster than I’ve ever run before. I’d trained hard, I was in shape. I was going to banish the demons of Edinburgh, I was going to get a good time. I trained for 3:40, ideally just a little under. I would take 2nd place on the Wilkinson marathon family tree. This thing was on!

And then… about 10 days out Pilla started coming down with a cold. It totally wasn’t her fault, her job exposes her to many more bugs and germs than most and this stuff happens. We fought it off for a bit but I figured I’d just get poorly and it would be done with at least I’d still have a few days to recover.

And then…. the weekend before I made an absolutely stupid decision. The kind of decision you hear other people doing and think ‘You idiot! Who does that?’. I decided to start replacing my kitchen.  It totally could have waited. This was a stupid decision for two reasons:

Normally this would be great, but one this day he turned up with the start of a cold. After setting about destroying the kitchen, I was knackered and starting to feel very ropey. I got worse over the week until by the time Thursday rolled around I was knackered and out of breath walking to the tram stop (it’s a 10 minute walk). I got sent home from work. I might have cried a little bit.

By the day I was just about starting to feel better. I wasn’t feeling good but I decided to just go for it anyway. The day before I picked up my number at the expo and stuffed myself in the evening with the biggest pasta meal ever. I didn’t sleep much, way too excited. Before I knew it I was in the starting area desperately trying to soak up the atmosphere to remember it. I’d seen this start line on tv, I knew what it looked like and I loved it. We lined up in the pens, moved forward and booom, started. I was running ok, feeling ok and generally having a nice time. Too nice as it turns out.

Basically I went off way too fast. Absolute class A beginner mistake but I got carried away with the day and the race and feeling good. By the time I realised I was way up, we were getting to Greenwich at 6 miles, how could I slow down? The crowd was crazy, I was loving it and running fast. After about 9 miles I saw my support crew and was still smiling but it gradually got worse. I remember getting to Tower Bridge which should have been the absolute highlight, you should feel ecstatic going over that thing, it’s incredible, the people the noise, it’s something else. Instead I felt absolutely-f*cking-awful. I plodded on to about 14 miles, and had to stop and walk. What the hell? 12 miles out and I’m walking. Absolutely blown it. I tried running again and literally the moment I did I cramped up all up the back of both legs. I didn’t understand why this was happening. I was absolutely gutted.

That last 12 miles was the longest, hardest and worst running in any race I’ve ever done. If it wasn’t for the crowds I would have stopped. I almost did. A lot. In between all the dark thoughts ‘I just want this stupid thing over’ and ‘I’m never running again’ there were some absolutely stunning highlights. The bit through Canary Wharf where the whole MS Society cheering squad were screaming my name was incredible. The people who leaned over and patted me on the back and encouraged me. The crowd. The one lady who was shouting so hard for me I had to run and as I did I heard her go ‘YESSSSS’. It was incredible. It was awful. Simultaneously one of the best and worst days of my life. I saw my supporters at about 20 miles and gave them a big thumbs down sign. I still regret doing that because they were worried for the last hour or so.

I ran the last mile, well it was more of a hobble. Through the training I was imagining running through the line with a big smile, a goal achieved, a dream realised, but when I saw it I was just relieved it was over. I got my medal and barely looked at it. I still don’t. I’ve never worked so hard and been so disappointed in myself. This is not how marathons should end.

That was then and this is now. I’m going back, I’m training hard and I’m in a much better place than two years ago. It’s not going to happen again. Me and London have some serious kissing and making up to do. All the early starts, the long miles, the mountains of kit being washed, it’s going to be different this time. I know it.

Plus, my kitchen looks lovely.