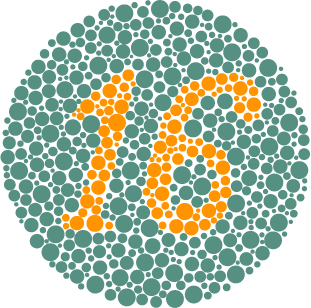 Week 16 has been a bit of a trial. Since I started training I’ve been pretty lucky and have not had to travel much with work. Don’t get me wrong, I do like travelling it’s just with the training I always thought it would be a right pain. And I was right.

I had a three day trip to London planned, leaving on the Monday night. Normally Monday is my rest day but I had this idea of swapping my rest day for Tuesday so I could at least have one day off training on the trip. This was a fine idea in principle but I was so zonked out from the epic ride through the snow on Sunday I just couldn’t bring myself to get out running. This meant I had to plan three days training around the trip which meant taking an absolute mountain of kit. It also meant some very early starts – 5:45 for two days. This was not fun. The first day was the real challenge, I dragged myself out of bed and was knackered, I grabbed my watch to find it had run out of battery on the journey somehow and I checked the plan which showed I really needed a watch to do intervals. I then realised I’d forgotten my hat and it was cold. I was just about ready to jump back in the bed. As I write this I realise it’s not much (Oh no! No hat? The humanity!) but I suppose I was looking for excuses not to go. I convinced myself to go out and see how felt for a bit….

…. and 1 hour later came back with the whole run done, including the intervals. It was pretty fun too – the run took me down the embankment of the Thames and right past the Houses of Parliament, which is the last 2 miles or so of the VLM, so for the second time in a couple of weeks I got to relive last year. Wednesdays brick session was aborted due to the hotel gym bike being taken but I did manage to get a swim done in the Oasis swimming centre in Camden – although sadly the outside pool was in use for an over 60’s session! I got back pretty late on Thursday and had to pretty much jump straight on the bike for a 1 hour session. This wasn’t much fun, I didn’t want to do it and I wanted to stop a lot. I got it done though, in large part thanks to Pilla cheering me on 🙂

In comparison the rest of the week was pretty smooth (like playing on your home ground at football), although I did experiment with some food strategy on the bike ride on Saturday. I think I’m going to get pretty sick of sweet things on the day so after discussing this with Pilla, she came up with the following:

This might sound a bit weird but it seemed to work pretty well. I had a lovely little bike ride through Cheshire, probably my favourite so far (it circled a lot around Jodrell Bank, what’s not to like?) stopping for malt loaf and sausages. Ideal! In other news my swimming has regressed. I don’t think I’m doing enough drills and my technique has fallen apart after I thought it had got a lot better. I still have time to fix it though so I’ve taken up some 1-2-1 lessons with the guy leading the Sunday masters session. Last week he described my swimming as laboured so he’s definitely taken on a challenge with me!

The gory details of the weeks training are here. What I completed this week was: