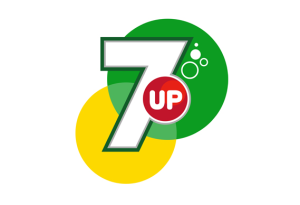 Tough week. Looking at the figures it shows I did over 10 hours of training which feels like a milestone. The early part of the week went pretty well. I tried out a way I could run-commute in to work in a morning by taking some spare clothes, changing into them the night before work when I leave, thus leaving my work stuff at work for me to change into the next morning. I absolutely hate running with a bag on, so this method works really well for me. It’s time efficient, it forces me to be organised and I love doing the running first thing because it gives me less chance to talk myself out of it. Which leads me onto my cycling…

I’ve done a lot on the turbo trainer lately because of last week’s snow. Its not that I dont like the turbo, I just find it quite dull. Yes you can watch videos and listen to music, but you’re still not getting anywhere. You are not outside and to me you are not really riding a bike, you are just sat exercising. My least favourite turbo session is the high RPM sping session. My training plan has one of these a week and you sit, this week for an hour, and spin your pedals very fast with little resistance. It improves your cycling efficiency, but my word it’s dull. You also dont move around very much with a session like that so you get sore too. Anyway, on friday morning I got up, got on the bike, all set for an hours boredom. I got to 8 minutes and gave up.

In my head I think I made a deal with myself – I could do more on the ride on sunday to make up, it’d be ok. As soon as I did that it was game over. I posted on twitter i’d had a bad session and one of my friends offered to give me some advice to deal with the turbo. I was busy beating myself up for being so rubbish when I got the advice. Without knowing about the secret deal I’d made with myself, she pointed out ways to avoid the mental deal making and amongst other things told me not to sweat the bad session and checked in with some very good IM types who recommened using intervals more. I took that message, finished work for the day and jumped back on the bike. 52 minutes later my session had flown by and I was done. Success!

I had my long run on saturday this week so I could do an organised bike ride on sunday. It was my first hilly bike ride and what better way to celebrate than by taking on Englands longest continuous ascent – a road without any down bits for 5 1/2 miles. I love hills like that, lots of people struggled but I stormed up it. On the drive back into Manchester I had to stop for petrol, it was only when I got out the car I realised how weird my cycling tights, trainers and fleece top look was when not near a bike, god knows what the lady in the petrol shop thought!

Thats almost a quarter of the trainer done. As usual, the actual details of what I did this week are here.